Types of Power and Power Generation

Methods of in martial arts range from scientific to mystical. Some appear non-sensical while others appear ineffective. However, practitioners of these methods all believe that they have the "true way". Believing so, they teach others who also believe so. Eventually, the circle reinforces itself and these martial artists commit the "cardinal sin" of martial arts: blindly accepting teachings as an ultimate truth.

While this applies to many different aspects of technique, self-defense and methods used across the world, I believe it to be most evident in people's understanding of power. If a school believes in "hip vibration", no other way is better. If they believe in structure and the center line, the rotation of the fist, tensing at the last moment or dropping their weight, it is the best way. I'm sure that for the Masters who developed these methods it was absolutely the best way for them. The question becomes, is it the best way for everyone?

This is where I attempt to clearly lay out the way that I have developed for me to hit with my entire body. Some parts of it may be effective for others, and some may not. However, there are certain physical principles that apply in striking, which the methods below develop in a logical, progressive fashion. The goal of power training is always to be able to hit as hard as possible, however it is critical for the practitioner to understand that there is a "hard enough". Our egos need to recognize that speed, timing, accuracy, movement and tactics are all at least as, if not more, important than raw power.

I have found that developing power in the smallest amount of space, also called "short power", allows for a much smoother progression into "full" techniques. These "full" techniques, also called "long power", have space for long body movements (hence the name), such as stepping, lunging and the full extension of the arm. This process of "learning backward" is proven to be effective in many areas; such as, language acquisition. It may also be likened to the process of learning mathematics. Addition, subtraction, multiplication and division underpin all advanced mathematics, and so, martial arts must be learned from a foundation of key principles that combine together to create advanced concepts. 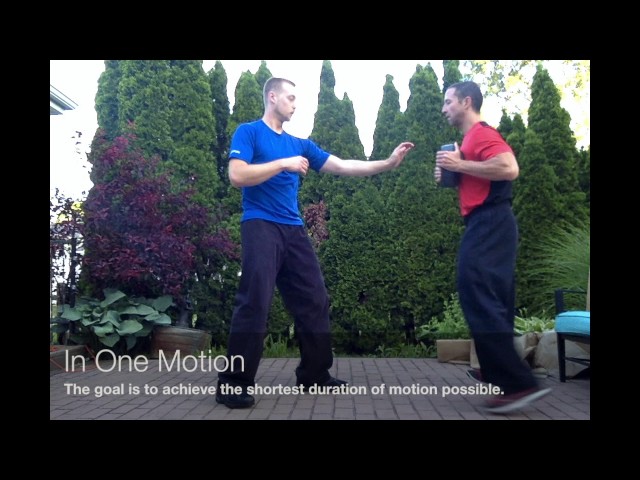 Addition by Subtraction: The Kinetic Chain

To strike effectively the body must understand how to connect itself, thereby acting as a single unit. This connection involves sequential muscular activation and an understanding of the body's structure. As a whole, this is referred to as the "kinetic chain". 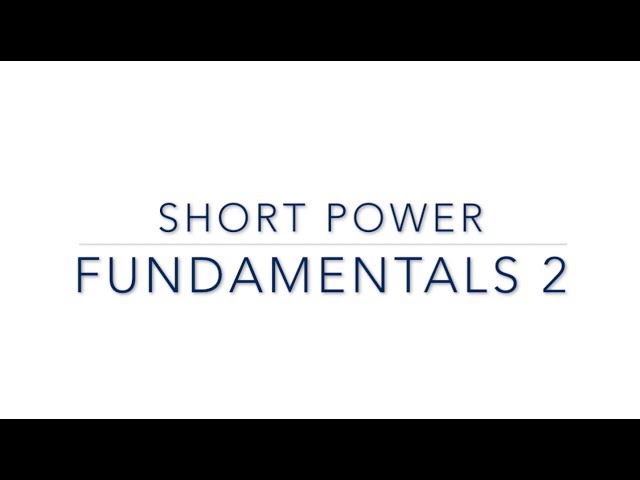 Once the kinetic chain is an automatic way of moving, the next step is to add body weight and the transfer of weight into the technique. Weight transfer and the kinetic chain are the two universal components of effective striking.

As you're already aware, short power is the production of the maximum amount of energy in the smallest amount of space. This is an important skill that provides: